Made in The USA
Established 1979

6 Ways We Use Audio in Everyday Life

Why Adding Audio Will Increase Your R...

Seven Myths About Microphones and Aud... 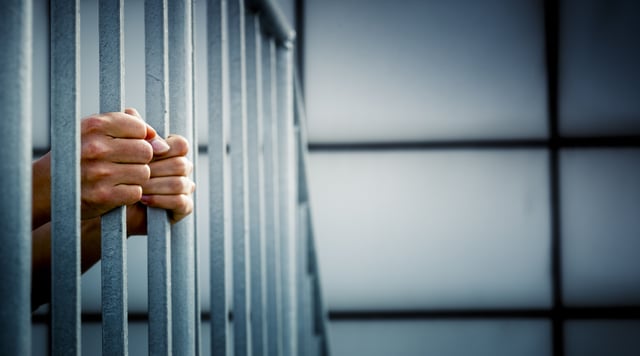 For correctional workers, these are just some of the challenges you face each day. Safeguarding facilities from both internal and external threats is absolutely imperative.

Thankfully, cameras have increased monitoring capabilities. However, with budget cut limiting staff hours, there's a limit to how many eyes can actually monitor from the control room. It begs the question: Should you be employing more technology to improve operational efficiency?

Think about it for a moment: Video alone captures only one aspect of an incident -- the visual. By solely deploying cameras, wardens restrict their overall situational awareness.  Without audio, critical details are lost.

What's the solution? Let's find out.

Adding Ears to the Eyes: Why Audio Makes a Difference

This means every time there's an investigation into an incident, you'll have additional evidence to aid your case.

Here's another example: An officer in the control room receives an alert from a motion sensor. They can then listen for acoustics like shattered glass to confirm and assess the situation before sending out additional personnel to the area.

With better situational awareness comes safer security patrols. You, your staff, and inmates all benefit from this. It's how you safeguard yourself and improve your correctional security.

When interviewing an inmate, it's imperative to have a recording device, a practice recommended by the National Institute of Correction’s Jail Design Guide. A security level, omnidirectional microphone (one which receives sound from all directions) mounted on the wall or ceiling of an interview room remains out of the way but ensures every word is clearly captured.

If you're worried about violating attorney-client privileges, "mute" features can be implemented which allow staff to remotely toggle the mic on or off.

In any given day, a Correctional Officer may face several verbal and physical threats. The officer may file incident reports in order to document the events.

Where does audio come in? Incident report substantiation. Audio's value comes from its ability to eliminate "he said, she said" arguments, delivering a verbal record of what truly transpired. This simple, yet powerful act creates a tangible "ROI" for staff, providing protection against liability and helps administrators avoid thousands of dollars in lawsuit fees.

Because altercations occur frequently in correctional facilities, the warden is typically left responsible for identifying all persons involved and levies appropriate consequences.

Audio can play a key role in identifying who instigated a fight and who was "coerced" to do so. In one instance, a Southern California detention center video showed a group of inmates jumping another man.

Not an unusual situation, right?

Surprisingly, the audio recording revealed that the perceived antagonist didn't want to fight but was threatened with being assaulted next if he didn't.

This audio recording was instrumental in proving this inmate's innocence and ensuring that he didn't have more time added to his sentence.

Again, the security of both staff and inmates greatly benefit by adding audio.

An analysis of the Federal Bureau of Prisons’ Chronological Disciplinary Records suggests that there was an average of about 16 serious assaults on inmates per group of 5,000 in federal prisons in 2016.

The physical, psychological, and emotional damage incurred from just one of these incidents is severe and costly.

How does audio help prevent these costly physical assaults? Vocal aggression detection, or audio analytics. An aggression detector, comprised of a microphone and audio analytics software suite, identifies acoustic sounds associated with human fear, anger, and hostility, Upon recognition, the detector sends an alert to staff so they can respond before the conflict escalates to a physical fight.

Monitoring prisons, which can spans thousands of acres for larger facilities, is notoriously difficult. Add in limited staffing due to budgetary cuts and your staff is left with an extremely difficult job.

Even with security camera, it's simply unrealistic for security guards to patrol every region or monitor dozens of video screens in the control room at all times. By deploying external, omnidirectional microphones, administrators effectively expand their total monitoring coverage.

Additionally, systems can be configured so that suspicious noises or activity sets off alarms and flags specific zones so that security officers can focus their efforts on one region.

Let's Hear From You

Are you a correctional facility worker? Has your staff budget been cut and you're forced to do more with less? Is audio something that would help your facility?

Let us know in the comments below.

6 Ways We Use Audio in Everyday Life Sep 07, 2018
Seven Myths About Microphones and Audio Apr 03, 2018
Why Adding Audio Will Increase Your Revenue From Security Installations Aug 02, 2018
Richard Brent, CEO of Louroe Electronics, will be presented with the prestigious 2017 SIA Chairman's Award Mar 27, 2018
4 Environments Ripe for Audio Security in Law Enforcement Jul 27, 2018

Schedule a free demo with one of our specialists.